"Soon, there will be no more time for stern warnings such as this one today. I remind you of Sodom and Gomorrah where abortion"
January 31, 2021 at 4:35 am
Share:EmailPrint

“Once, I told you, My Messenger,* that in the future the good would suffer along with the bad.** Now, I tell you, that your ‘President’ is calling upon My Wrath with his unconscionable abortion policies.*** My Justice must be satisfied. The scale of My Justice must be balanced. Soon, there will be no more time for stern warnings such as this one today. I remind you of Sodom and Gomorrah where abortions were not legalized.”

“Today, once again, I call for repentance on the part of the conscience of this nation.**** My soldiers of Truth, while they mourn the loss of the last President,***** must make reparation for the errors of the current leader who unlawfully reigns over your nation. Remember, you still have a free will. No one can stop your prayers from the heart. Use your rosaries****** as the weapon of choice against the present-day evil. While My Justice must be satisfied, your prayers can still mitigate My Justice, as I am All-Mercy. Appeal to My Mercy by prayer and sacrifice.”

Read Jonah 3:1-10+ Then the word of the Lord came to Jonah the second time, saying, “Arise, go to Nineveh, that great city, and proclaim to it the message that I tell you.” So Jonah arose and went to Nineveh, according to the word of the Lord. Now Nineveh was an exceedingly great city, three days’ journey in breadth. Jonah began to go into the city, going a day’s journey. And he cried, “Yet forty days, and Nineveh shall be overthrown!” And the people of Nineveh believed God; they proclaimed a fast, and put on sackcloth, from the greatest of them to the least of them. Then tidings reached the king of Nineveh, and he arose from his throne, removed his robe, and covered himself with sackcloth, and sat in ashes. And he made proclamation and published through Nineveh, “By the decree of the king and his nobles: Let neither man nor beast, herd nor flock, taste anything; let them not feed, or drink water, but let man and beast be covered with sackcloth, and let them cry mightily to God; yea, let every one turn from his evil way and from the violence which is in his hands. Who knows, God may yet repent and turn from his fierce anger, so that we perish not?” When God saw what they did, how they turned from their evil way, God repented of the evil which he had said he would do to them; and he did not do it.
Read 1 Timothy 2:1-6+ First of all, then, I urge that supplications, prayers, intercessions, and thanksgivings be made for everyone, for kings and all who are in high positions, so that we may lead a quiet and peaceable life in all godliness and dignity. This is right and is acceptable in the sight of God our Savior, who desires everyone to be saved and to come to the knowledge of the Truth. For there is one God; there is also one mediator between God and humankind, Christ Jesus, Himself human, who gave Himself a ransom for all – this was attested at the right time.
* Maureen Sweeney-Kyle.
** See Message dated December 14, 2020  (here)
*** President Biden signed an executive order Thursday (January 28, 2021) afternoon reversing the Mexico City policy, permitting U.S. aid money once again to fund groups that provide or promote abortion around the globe. Read more…
**** U. S. A.

Sorrow for sins is the key to My Mercy

January 31, 2021 - "The human heart must be convicted of his wrongdoing and regret his sins. Then, I will flood his soul with My Unbounded Mercy"

January 29, 2021 - "Children, do not lose track of your heritage as regards to the history of this country. The One World Order does not want you to think as a... 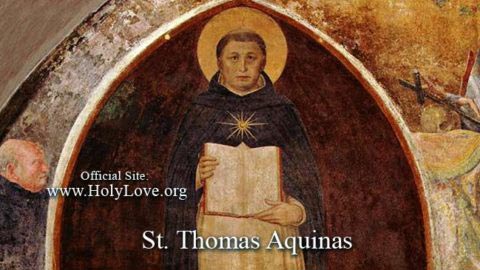 Papa God wants people to change on the inside

28 de Enero del 2021 - "Papa God wants people to change on the inside - to have repentant hearts. This can only be accomplished by free will"

"You must be aware, then, My children, that in many instances - business...

"Children, the best way to change the conscience of the world and this country...

"The virus can be avoided with great care. The symptoms have been identified...

"Given all the restrictions in the world in regards to travel, this is the best...

"In order to enter the Kingdom of Heaven, mankind must be the personification...